In this blog post, we are humbled to share the story of an incredible young woman named Vanessa and her experience with The Samfund.

The Samfund is a non-profit organization that provides relief and support to young adult cancer survivors who are struggling financially. Through direct financial assistance and free online support and education, the Samfund helps young adults survive and move forward with their lives after cancer. Since it's founding 2003, the Samfund has given $1.5 million dollars to over 600 young adults .

However, the Samfund doesn’t just give grants. Education and community are equally, if not more, important to the core mission and impact of the Samfund.

To educate young adults with cancer, the Samfund developed a Webinar series called "Moving Forward With Your Financial Health" to address financial challenges faced by young adult cancer survivors after treatment. These Webinars cover a range of topics, such as rebuilding credit after treatment or addressing challenges in the workplace and are co-presented with financial professionals or other experts. The Samfund is also in the process of building an online program called, “Finances 101: A Toolkit for Young Adults with Cancer,” which will be a personalized guide to financial questions, produced in part with Triage Cancer.

As I talked with Vanessa, a Samfund grant recipient, and Greg, the Samfund Program Assistant, I was struck by the impact of the organization on the lives of the people it touches. The Samfund is a thriving community of passionate and knowledgeable people who support each other in life’s most challenging moments.

At age 26, Vanessa’s life had been going according to plan. “I was engaged to my elementary school sweetheart and was about to go to the next level in my school,” she said.

But one thing wasn’t quite right--Vanessa had a persistent pain in her chest. She went to doctor after doctor, but nobody could figure it out. After 8 months of misdiagnoses, Vanessa finally got a CAT scan, which led to biopsy. “When the doctor came out with the results, I could not even believe it,” she says. “I was diagnosed with Hodgkins-Lymphoma Stage III.”

Vanessa and her family did not have much time to process the news; she was diagnosed on a Friday, and began chemotherapy on a Monday.

The need for quick and intensive treatment affected Vanessa’s employment and insurance. “Because I had to have immediate treatment and was suffering from the after effects...I got separated from my job, and I went in to a co-pay insurance.” She was 26, living on her own, and did not have significant savings, which led her to worry about her own financial stability.

Another fear surfaced as Vanessa’s treatment turned more and more intense and invasive. “During this time I was always worried about my fertility,” Vanessa says. “I had been dreaming of having children with my fiancé, who is now my husband, ever since I was in elementary school. Now dealing with this cancer that had the possibility to affect my ability to have children, I was really adamant about asking the question, ‘Is this treatment going to affect my fertility?’”

Vanessa’s cancer was refractory, which meant that it did not respond to the first treatments of chemotherapy. So, the doctors added on daily radiation to her treatment plan, but the cancer did not react. Finally, the doctors recommended that she change types of chemotherapy, this time switching to a harsher one that would take a toll on her body. This chemo, she was told, would have an effect on her reproductive organs.

The doctors recommended that she immediately move forward with this new, aggressive treatment, which included 6 months of inpatient hospitalization so that she could receive the harsher chemotherapy combined with a stem cell transplant.

But Vanessa had other plans for her life. “I, against medical advice, stopped my treatment [for 6 months] to be able to put my eggs and embryos in a place where they were as healthy as possible.”

Even as Vanessa was risking her life in order to save her fertility, she was faced with another obstacle. “It’s extremely expensive to do that, especially when you are young, aren’t established in a career, and have no savings,” Vanessa says.

Vanessa was able to find help from a place called Fertile Hope (now called Livestrong Fertility) who helped her with the financials and the resources save her eggs and embryos. “My doctors said to me, ‘Vanessa, you’re not going to make it [if you stop your treatment to save your embryos].”

After her 6 month break from chemo where she was successfully able to save her eggs, Vanessa began the harsher chemotherapy and underwent a stem cell transplant. “I spent the better part of the year in the hospital...I missed all the holidays, but the nurses and doctors lifted my spirits and got me through.”

This time, the treatment worked.

Vanessa was declared to be in remission and was allowed to return home, finally free from cancer.

Despite all that Vanessa had gone through, her challenges were not over. “When I got home I was so elated to be done with chemo and radiation, but I had insurmountable debt,” she says. “I had an 80/20 split with my Cobra insurance, and the portion I was responsible for, the 20% of my insurance. After I got out of the hospital, I received a bill for over $600,000 dollars,” she says.

“As a 26 year old not only figuring out how to survive a terminal illness, re-starting their lives, having over $600,000 worth of debt you can’t even imagine how you’re going to pay that.”

Then Vanessa got another letter, this time from the fertility bank, asking her to pay the annual storage fee for the eggs. She was, again, devastated. But Vanessa didn’t give up. She turned to the internet and started doing research on ways to get help to pay the fertility bank.

In that research, she found The Samfund.

For Vanessa, The Samfund was life changing. “They have tools to help you understand about financial concerns, about debt, about coming back from a financial ruin. And, they just have financial assistance for things that were outside of medication co-pay. They had so many different categories.”

“The first opportunity I got, I applied.” Vanessa’s application was accepted, and The Samfund was able to pay for her fertility bank storage. But for Vanessa, and so many other Samfund grant recipients, the grant money was only a part of the impact that The Samfund had on Vanessa’s life.

“When you’re a young adult cancer survivor, you feel like you’re the only one going through this, even though you know you’re not, you still have that sense of loneliness,” Vanessa says. However, with The Samfund, Vanessa was able to find a community and a support network of people who are overcoming and fighting through similar things.

“While the grants are crucial for many people but a huge part of what we do, we try to branch out and do other things and help in other ways,” Greg from The Samfund says, “We can help people who need information.”

According to Greg, “The community part is a huge part of what we at The Samfund aims to build as well. We want people to have access to as many resources as they can. We want them to feel like they have the tools and information they need so they can move forward after their diagnosis and treatment.”

“Now, I’m so on fire,” Vanessa says, “I can’t help myself; I just get so excited when I get a chance to talk about the Samfund.”

With the help of the Samfund, Vanessa is on the road to rebuilding her life. She married her elementary school sweetheart and is now back in school studying to be a nurse, living each day with indefatigable passion, energy and enthusiasm for life. She is also continuing to stay involved in The Samfund through the role of a Sambassador, where she is able to serve as a comforting resource for new grant recipients and continue to stay active in the Samfund alumni community. Through Vanessa’s perseverance and the support of an amazing organization, she is now looking forward to starting her own family with the love of her life.

Inspiring Stories
Being Mortal [Book of the Month]
This month's book brings up a tough topic but gives you great tools to deal with it.
Inspiring Stories
We'd Love.
Some of the Wellist team members take a moment to reflect on the importance of being able to spend quality time with their loved ones going through tough times.
Inspiring Stories
What is MediCope?
“How did other people cope with the 90% of being a cancer patient that isn’t clinical?”
Inspiring Stories
PMC 2015: Susan's Story
Susan Shindler speaks of loss, love, and cycling in the name of her father in the largest cancer fundraiser in the country, the Pan Mass Challenge.
Inspiring Stories
Vanessa's Story: Overcoming Cancer with the SAMFund
“When the doctor came out with the results, I could not even believe it,” Vanessa says. “I was diagnosed with Hodgkins-Lymphoma Stage III.”
Inspiring Stories
We'd Love to Help
We know that with any kind of diagnosis, life can become more complicated. Wellist would love to be there for you and your family when you need it most.
Inspiring Stories
The Story of Wellist
"I've seen the people I love most struggle to shoulder this incredible burden in times of challenge. I know we can do more to lessen their suffering."

Get the Wellist Community Newsletter

Get every Wellist blog post as soon as it's published and important news. Plus a free piece of exclusive content every month. Only on the community newsletter.

Thanks! Your submission has been received.

Oops! Something went wrong while submitting the form 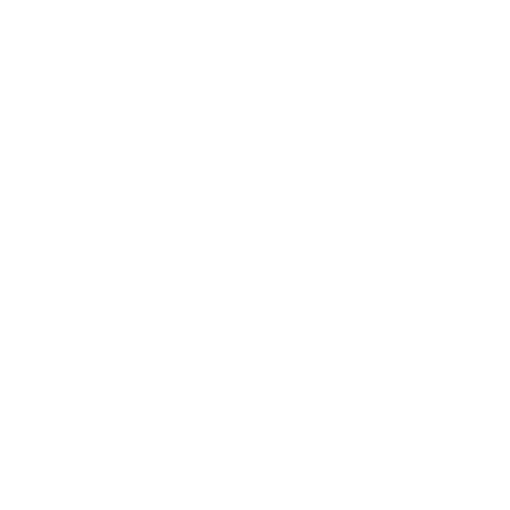